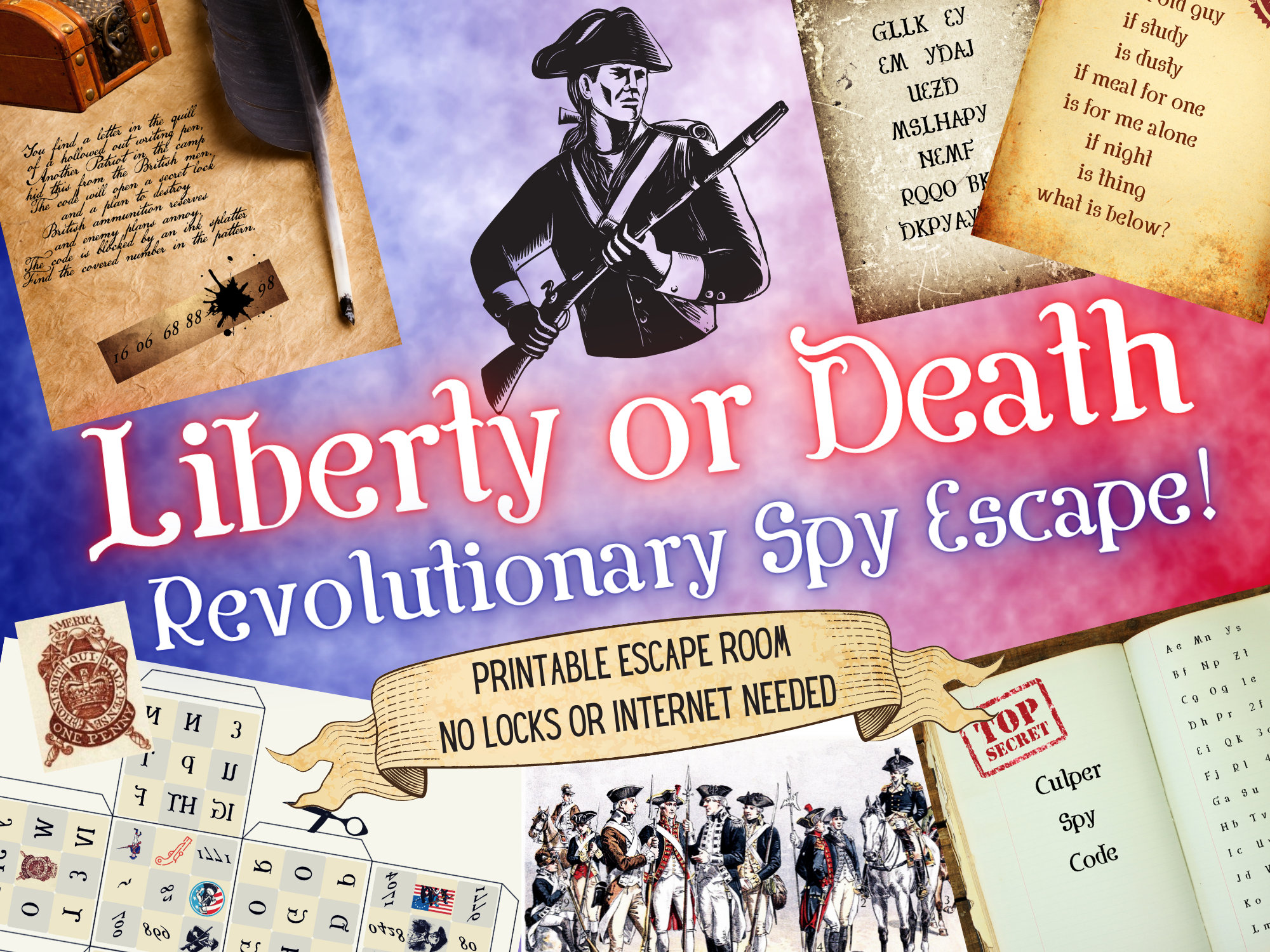 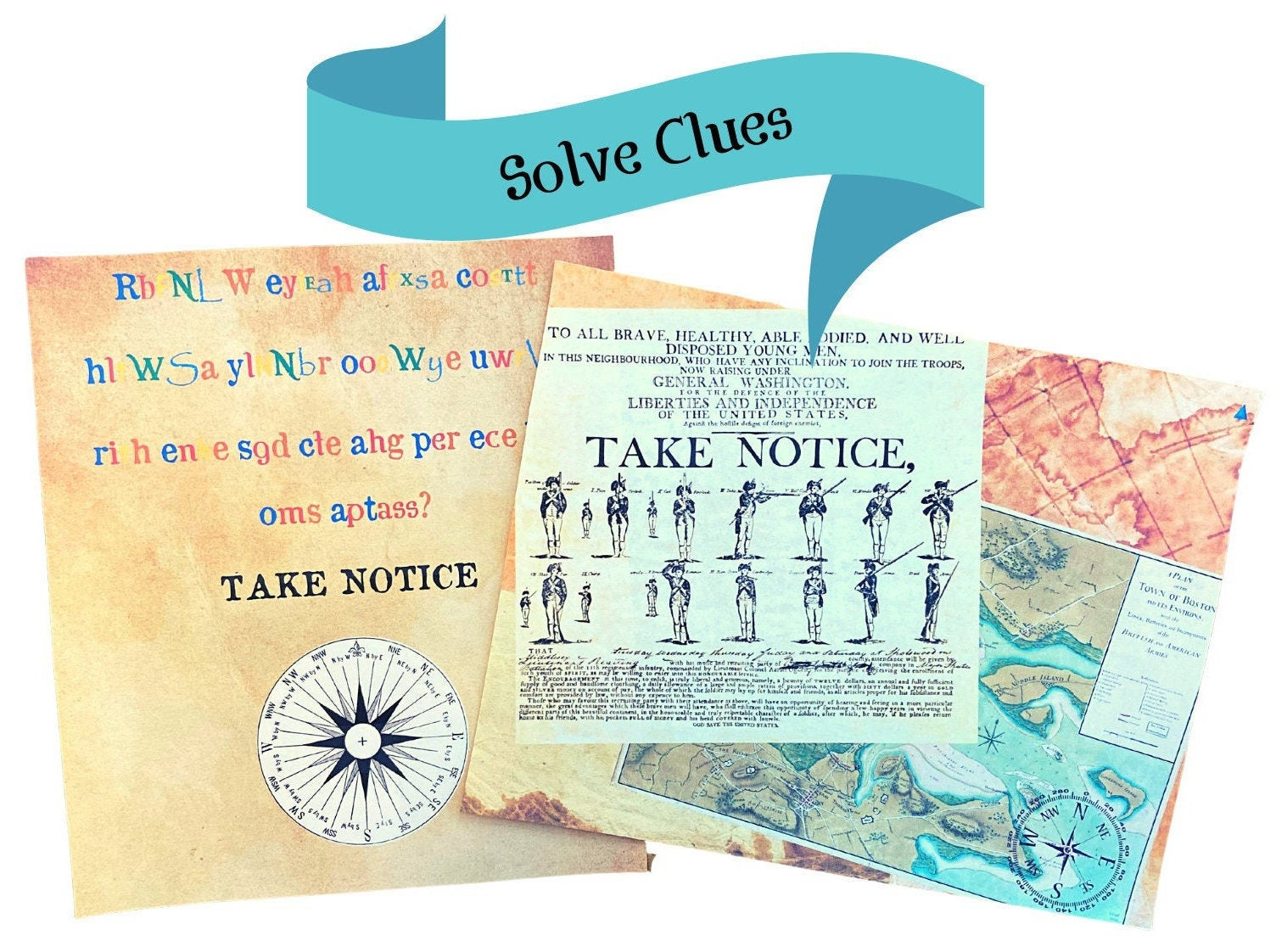 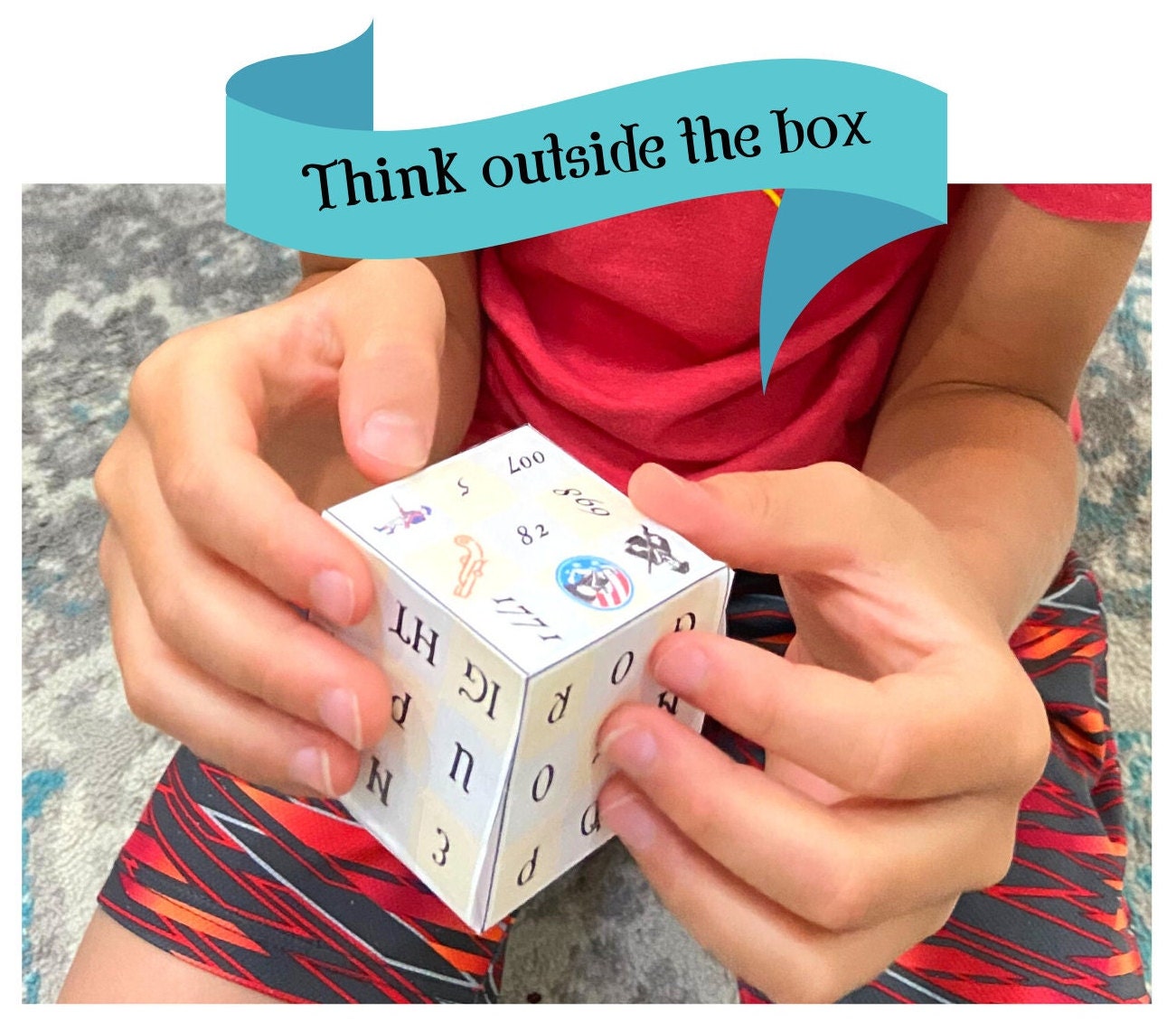 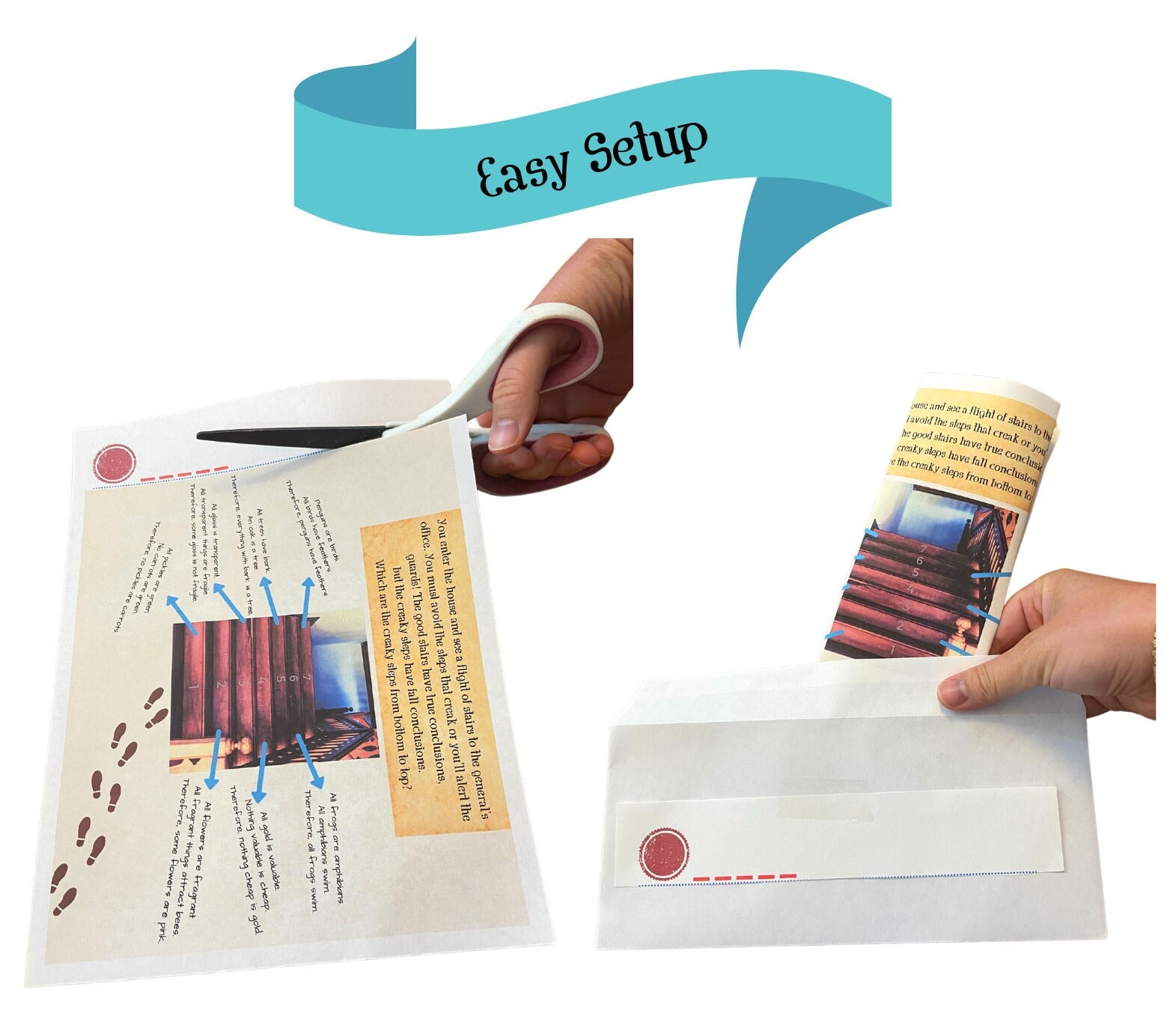 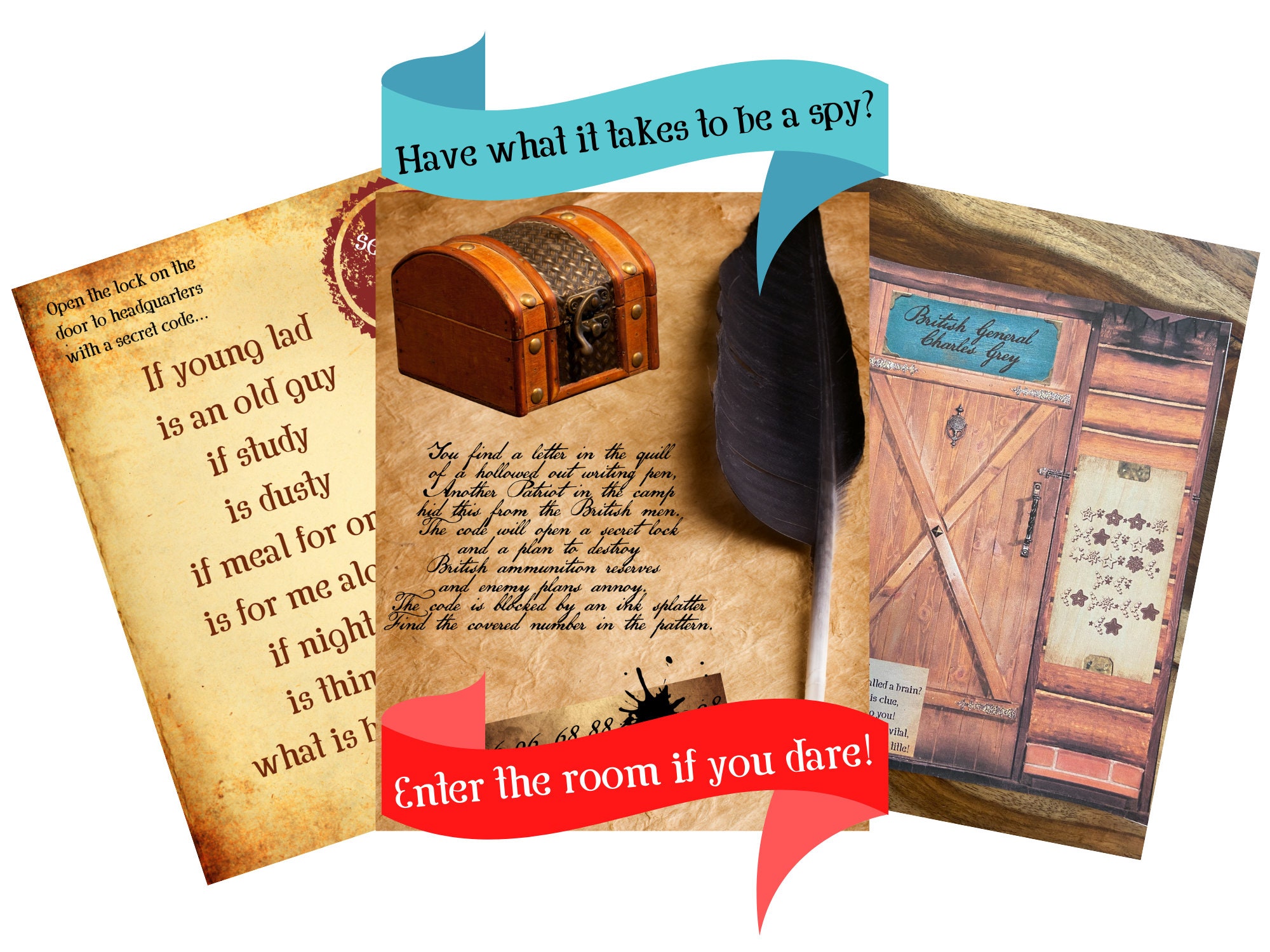 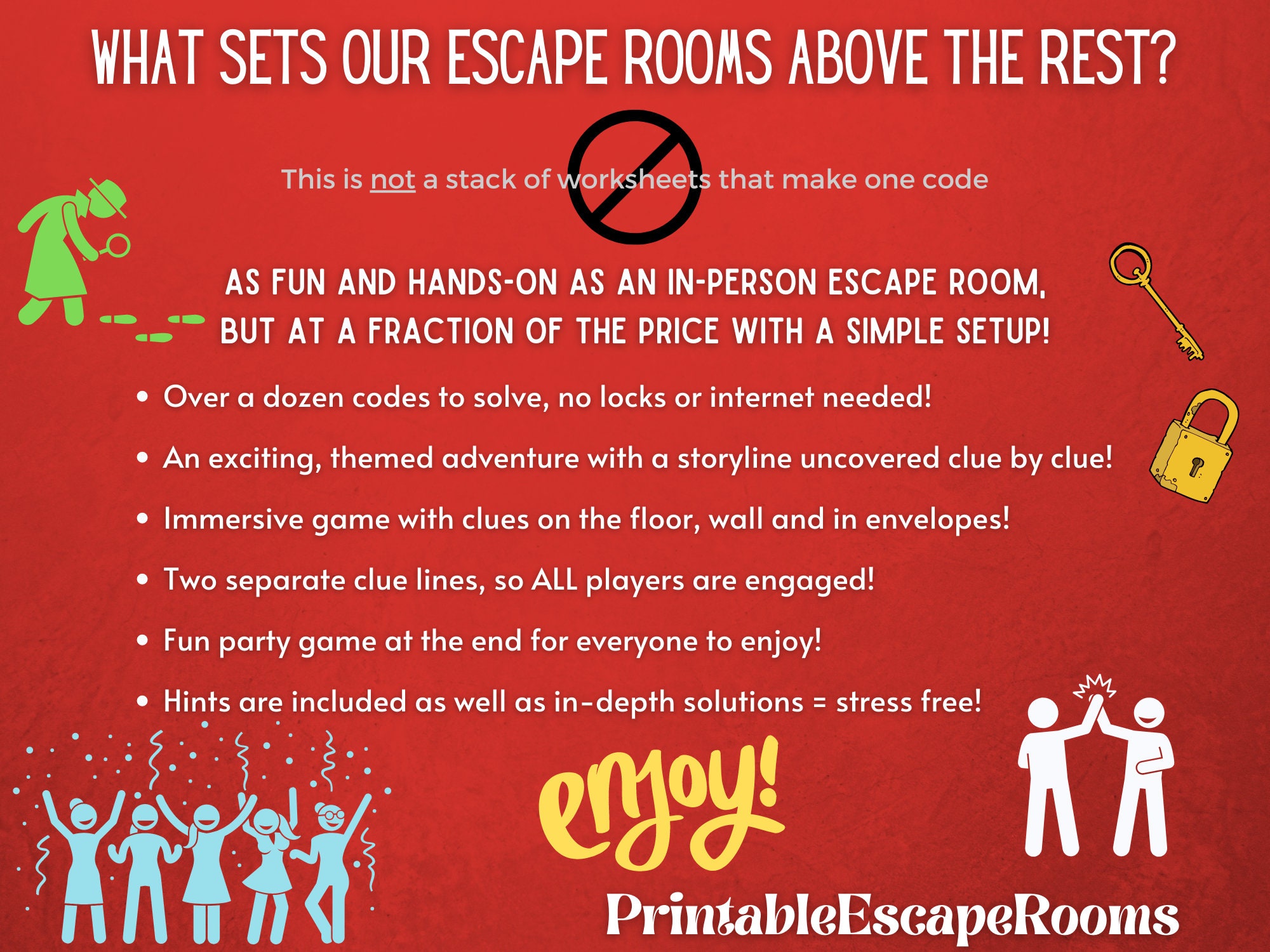 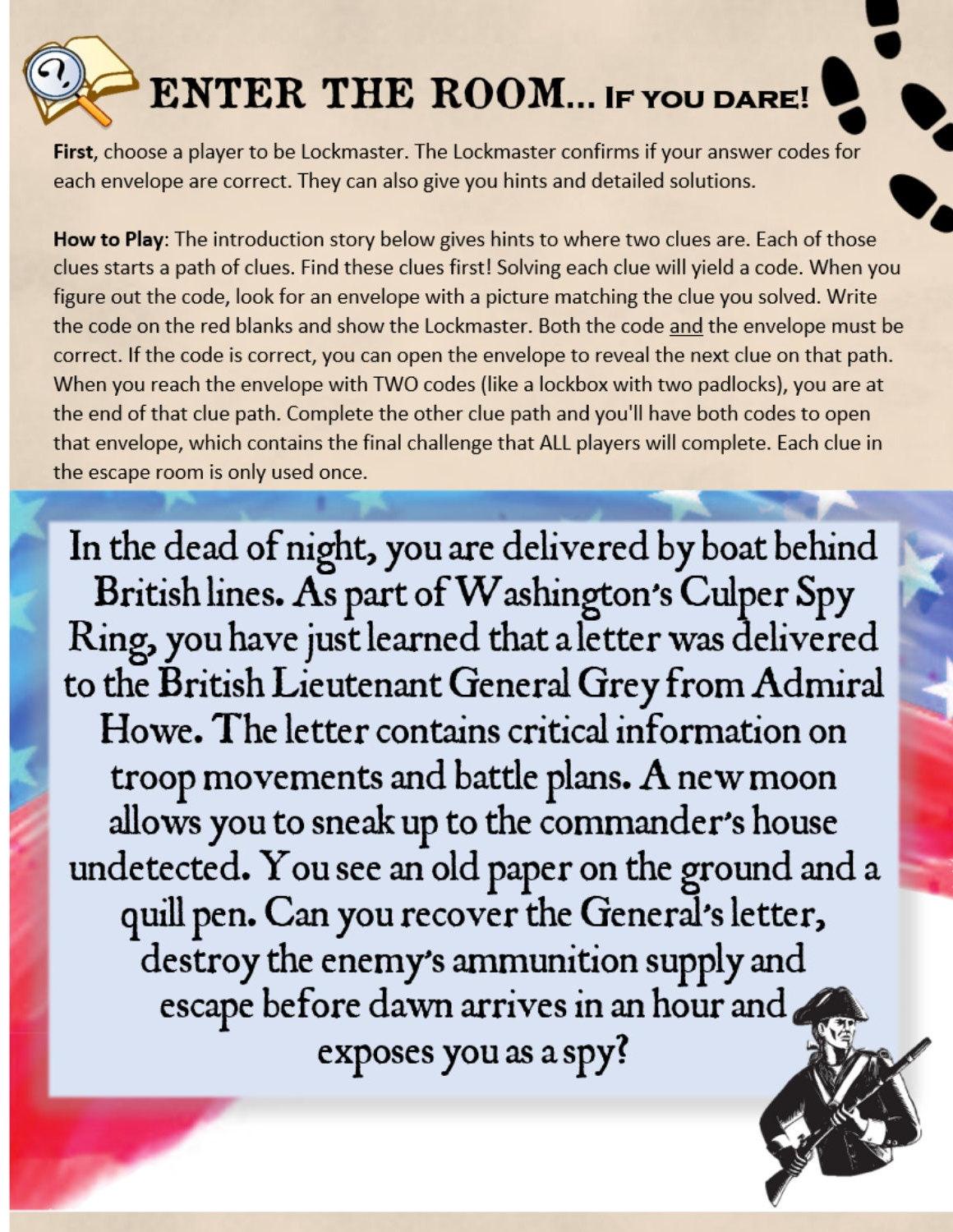 Spy adventure escape room for adults, families, kids and teens! Players become part of the action in the American Revolutionary War as a spy: stealing enemy correspondence, destroying the British ammunition supply, and escaping pursuit by boat! Enjoy 12 immersive escape room puzzles with code answers on the wall, the floor and in the clues uncovered as the game goes on! Up to 6 players recommended, for larger groups print out twice and have teams race each other. Difficulty is suitable for ages 8 and up, and hints and detailed solutions are included to help if players get stuck and to make the game stress-free. To double your adventure, this escape room has two clue lines that players can split up to solve, so everyone is included in hands-on fun! Game time is about 60 minutes, including a spy game at the end. If you're looking for a spy adventure with the thrill of history, logic, puzzles and escape- this is it!

Your Mission:
In the dead of night, you are delivered by boat behind British lines. As part of Washington’s Culper Spy Ring, you have just learned that a letter was delivered to the British Lieutenant General Grey from Admiral Howe. The letter contains critical information on troop movements and battle plans. A new moon allows you to sneak up to the commander’s house undetected. You see an old paper on the ground and a quill pen. Can you recover the General’s letter, destroy the enemy’s ammunition supply and escape before dawn arrives in an hour and exposes you as a spy?

What do you need?
Color printer
Pencil
Scissors
Tape
Envelopes to hold clues (or you can tape clues closed)

What's included?
A pdf with the escape room, setup instructions, hints, detailed solutions, and a lockmaster answer key. Setup will take about 15 minutes, it's that easy!

First time player? Check out this quick video on Setup and How to Play!
https://youtu.be/cXyf6xxmZ7o (Link to video also in email received after purchase)

Your files will be available to download once payment is confirmed.

But please contact me if you have any problems with your order.

We had fun with this escape room- we were in a time crunch, so I gave a lot of hints, but I think it wasn't too hard for the kids 7-11

The boys in my homeschool group class had a blast doing this. They were able to solve all the clues in an hour time frame, but didn’t get to the final game/activity.

Well-organized and easy to set up. We’ll be buying more from this seller.

The Revolutionary War Adventure Game is the second purchase I've made from PrintableEscapeRoom. I used this Spy Escape Room for our homeschool co-op's Halloween party and it took our group ranging in age from 5 to 13 hours to solve (in a good way, the kids really had fun). I love that the game incorporates historical people and events surrounding the Culper Spy Ring, like The Stamp Act and an actual formula used to produce iron gall ink. I used the game's references to Mount Vernon and the National Archives to produce some additional materials to illustrate a short history lesson before the kids began to solve clues. The quality of the illustrations are excellent and some of the materials I printed in 2x2 poster format. This game is wonderfully entertaining and educational.

0 items in your cart